We gained another Sir Knight to our assembly.  Jim Heffernan attended the March Exemplification at New Bern, NC.  He was part of a 60-person class! 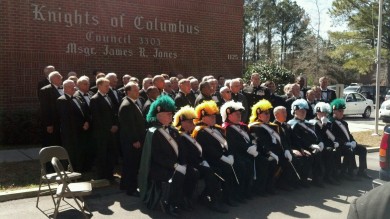 It was a long drive for him, but he really enjoyed the event and making new friends from around our state.

The Durham assembly also attended and added a father-son team.  Tom Clifton and his son advanced to the Fourth Degree at the same time!  They were escorted by Pete Marino.